"Hey babe" I said quietly as to not startle him
Niall spoke with a tired raspy voice "Zayn! you're here!"

"Yes of coarse I am I love you I hope you know that."

"I do know, and I love you so much it pains me to think of life without you, thank you for saving my life" I can't help but start to tear up a little. he is just so strong.
I looked into his eyes and grabbed his hands in mine when I felt something peculiar...
I looked down...Is that what I think it is? I can't be... Niall was heartbroken to lose me, he said that, he wouldn't lie to me...again...
"Niall?" "yeah babe" he replies with a peppy mood.
"is that a...a w-wedding ring?"

My eyes are starting to tear up.
"answer me Niall!!" I started getting annoyed and anxious.
"y-yes I-it is..." Niall said lowly as he looked to floor.
I can't believe Niall was about to marry that guy, the guy that almost killed him. this is just so much to take him. my hand slips from Niall's as a single tear slipped from my eye.
Niall sensed my change in mood and grabbed my hand back into his.
He ripped the ring off of his finger.
"this means absolutely nothing..." he stated with a confidence that I have never heard from him before.
"the only reason this stupid ring is on my finger is because I saw all of those pictures of you and harry on instagram and twitter and I thought you had moved onto him and I thought the only way to fix my broken heart was to try and move on too.
you have no idea how hard it was for me to say yes to his proposal. The only thing running through my mind when it happened was ' I wish Zayn was the one on his knee asking me to marry him right now' but it wasn't you, not even close to you. Tyler could never compare with you. you have always been the one for me and that is a fact! I am so sorry that I made you feel like anything less than the love of my life."

Niall wiped the tears of happiness from my cheeks.

"I will throw this shit piece of jewelry out of the window right now... watch"
Niall started getting out of the hospital bed.
"Niall no I will do it! you can't be walking around just yet."
he happily agreed and handed me the ring. I walked up to the window and threw the diamond incrusted ring out of the 8th story window. I watched land in the garbage below...where it belonged.
I walked back to Niall who had an enormous grin on his face. He scooted over in his bed.
"Are you gonna join me?" he said with a cheeky smirk. "of coarse love"
I climbed into bed next to him and soon we both fell asleep wrapped in each other's scents.

I was woken up from my sleep by the insanely loud noise of the door being slammed up. I jolted up in bed and my face went blank as I saw the man standing at the door he had a gun and al I wanted to do was wake up again and having this all just be a nightmare but it isn't this is real life... 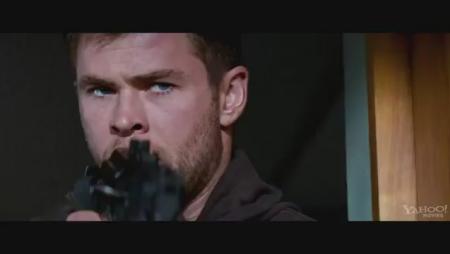 "don't scream or I will blow your brains out" He said with a stern voice.
I complied and I covered my mouth with my hand as to make sure absolutely no sound came out. a tear slipped out of my eye as the unknown man came closer. I nudged Niall to get him to wake up and he did and was in the same frozen position I was in.
I just got him back please I can't lose him again.
My mind is just out of control right now and my body wont listen to it's constant please to stay in the bed. My legs create a mind of their own and next thing I know I am on top of the scary man and we both fall to the ground. his gun is knocked from his hands and slides to the other side of the room. It is an equal distance from both of us and without hesitation we both jump for the pistol...

I think Zayn and Niall might have fallen asleep cause Z never came out to see if I wanted to talk to Niall. I really need and want to apologized to him. I'll just wait for them to wake up and come get me but for now I am starving I'll just go down stairs and get some food from the cafeteria.

Zayn just tackled the man to the floor and now they are wrestling for the gun. I wish I could help Zayn but I just got out of surgery and I wouldn't be able to do much, i'm still really weak.
the next thing I know is that the man reached the gun and Zayn is standing in front protecting me from the ass hole with the gun. then before a blink of an eye I hear a gunshot and I close my eyes as tears fall from them.

I'm on my way back up stairs when I hear a gunshot and A scream that could curdle blood. It was the most heartbreaking noise I have heard in my life...wait I know that voice...
My eyes widen with the sudden realization "Niall" I drop all of my food and start running to their room.
I burst open the door and there is blood everywhere. I don't know what has happened but all I see is Zayn laying unconscious on the ground with blood coming from his head next to another man who was also covered in blood and unconscious .
what the fuck happened is Zayn...DEAD!?!?! I see movement in the corner of my eye and notice Niall Huddled up in the hospital bed crying his eyes out. oh no...
I crawl into bed next to him "Niall it will be ok Z will be ok what happened buddy?".....

@Kiki_loves_niall
aww thanks I didn't know anyone was still reading it. Could you please read my story Visiting Hours?? It's soooooooo much better

Tattoo Design Ideas
12/16/13
@llznh_loveforever
HEYY I just posted your One Shot!! I really hope you like it!! here is the link
http://www.onedirectionfanfiction.org/Story/22124/1D-1SHOTS/

Zaynlove @ OneDirectionFanfiction.org
12/3/13
@give me time and a crayon
have you seen your one shot yet??